RICH WESTCOTT has served on the staffs of various newspapers and magazines in the Philadelphia area during more than 50 years as a writer and editor.

Westcott is the author of 27 books. The most recent one is Amazing Phillies Feats - The Greatest Player Performances in Philadelphia Phillies History. Other recent books include: Biz Mackey-A Giant Behind the Plate, The Champions of Philadelphia-The Greatest Eagles, Phillies, Sixers, and Flyers Teams, Great Stuff-Baseball’s Most Amazing Pitching Feats, and Philadelphia’s Top 50 Baseball Players. Westcott has also authored the widely acclaimed Mickey Vernon - The Gentleman First Baseman, and The Mogul - Eddie Gottlieb, A Philadelphia Sports Legend and Pro Basketball Pioneer.

Among his Phillies books are The Phillies Encyclopedia, a local best-seller now in its third edition, The Philadelphia Phillies – Past and Present, The Fightin’ Phils—Insights, Oddities, and Untold Stories, Tales from the Phillies Dugout (the third edition was published in 2012), Phillies ’93 An Incredible Season, Back Again – The Story of the 2009 Phillies. and Phillies Essential.

Rich has written three books on Philadelphia ball fields--Philadelphia’s Old Ballparks, Veterans Stadium – Field of Memories, and ShibePark/Connie Mack Stadium. He also wrote A Century of Philadelphia Sports. He has authored three books that are collections of interviews and profiles of some 120 former major league baseball players. Other books include Great Home Runs of the 20th Century, Winningest Pitchers—Baseball’s 300-Game Winners, and No-Hitters –The 225 Games Between 1893 and 1999. 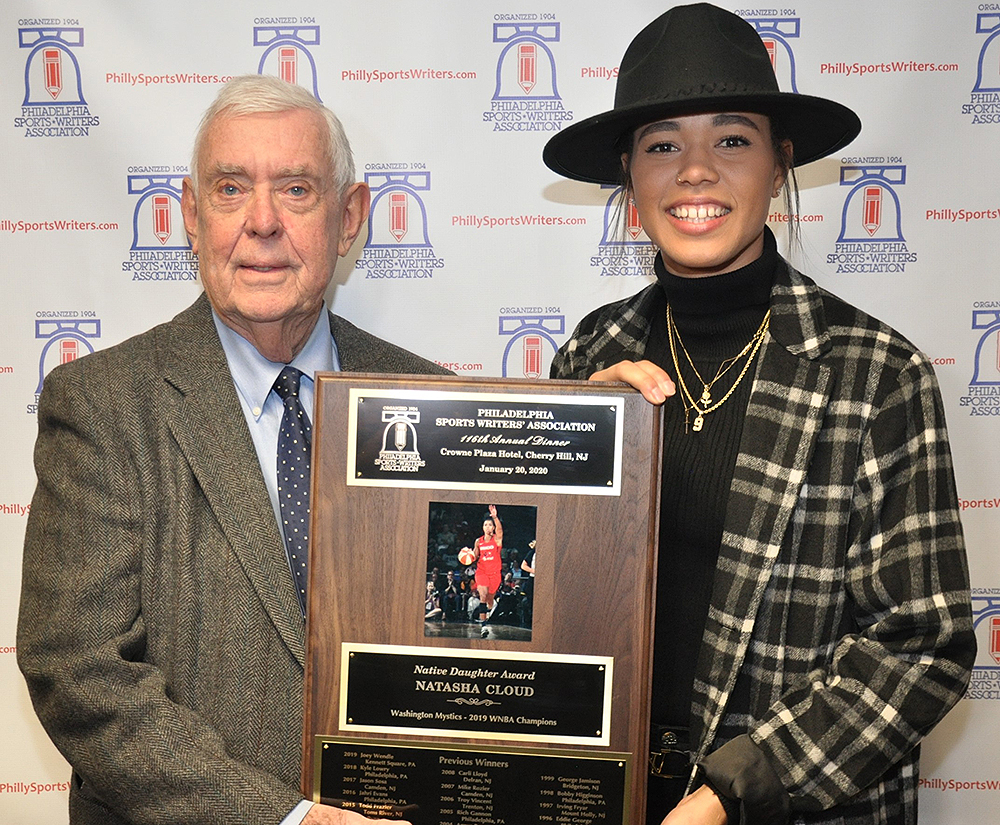 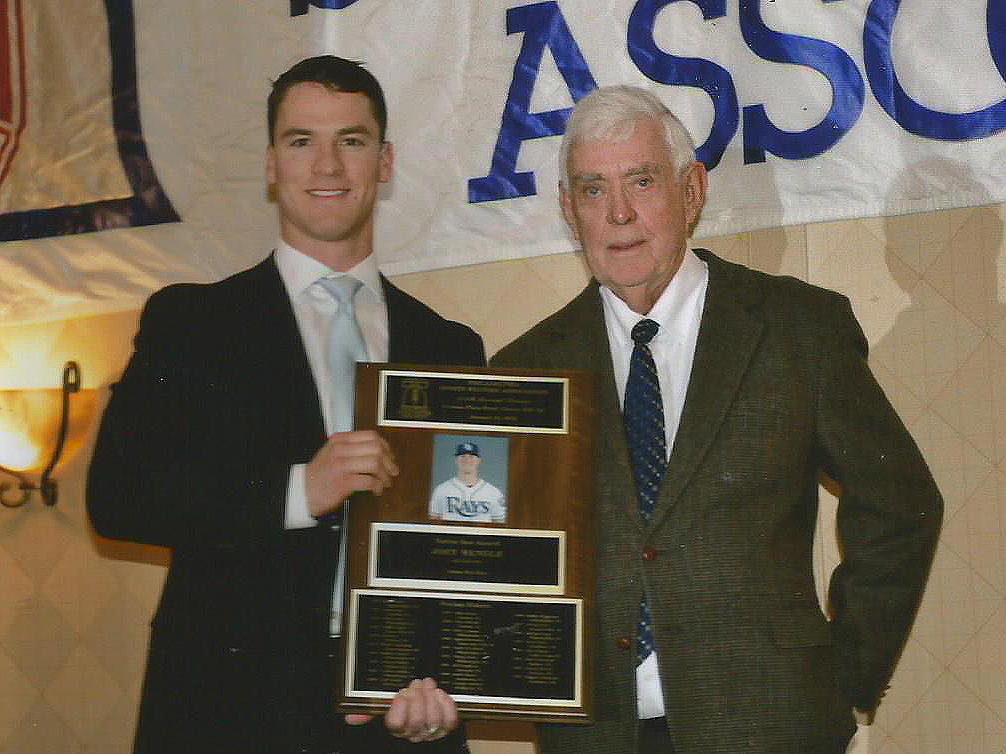 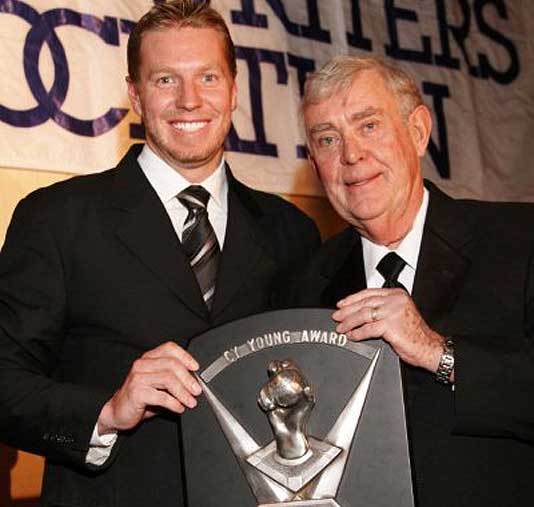 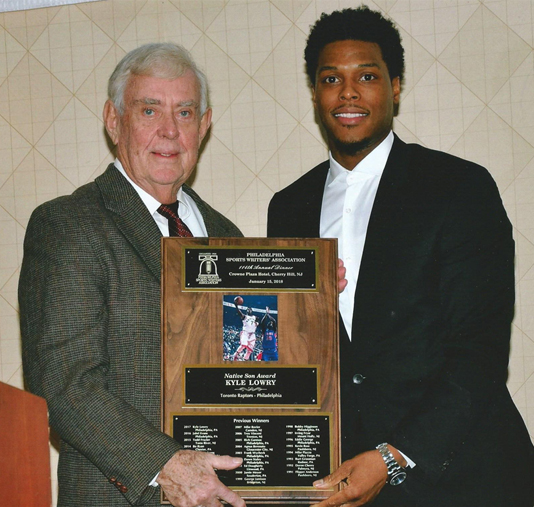 At the 2018 banquet of the Philadelphia Sports Writers Assn, Rich presented the Native Son Award to Philadelphian and former Villanova star Kyle Lowry, a 12-year NBA veteran and leading player on the Toronto Raptors. 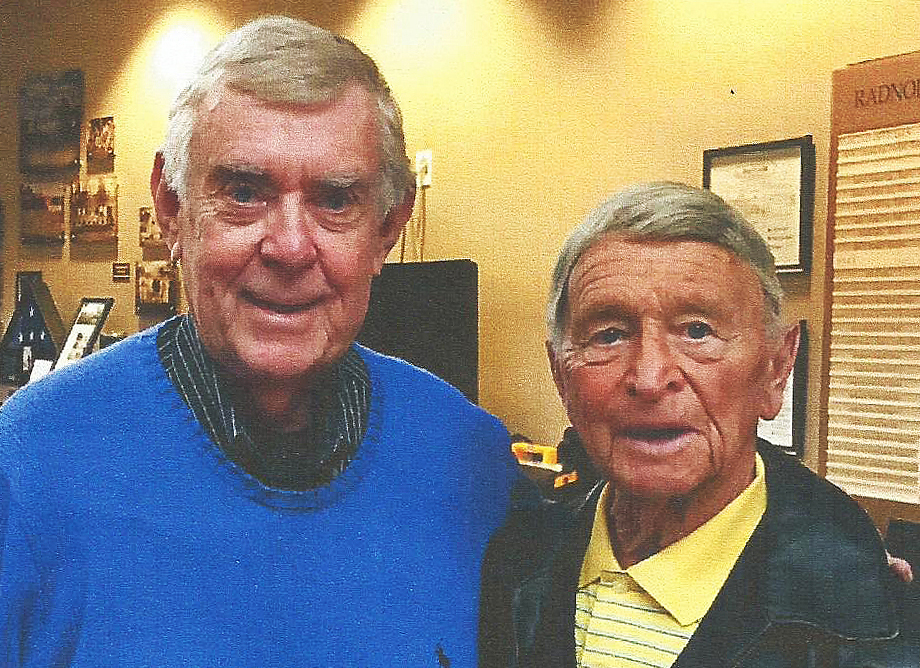 Rich was joined at a book-signing by former Philadelphia Athletics pitcher Bobby Shantz, the American League's Most Valuable Player in 1952. 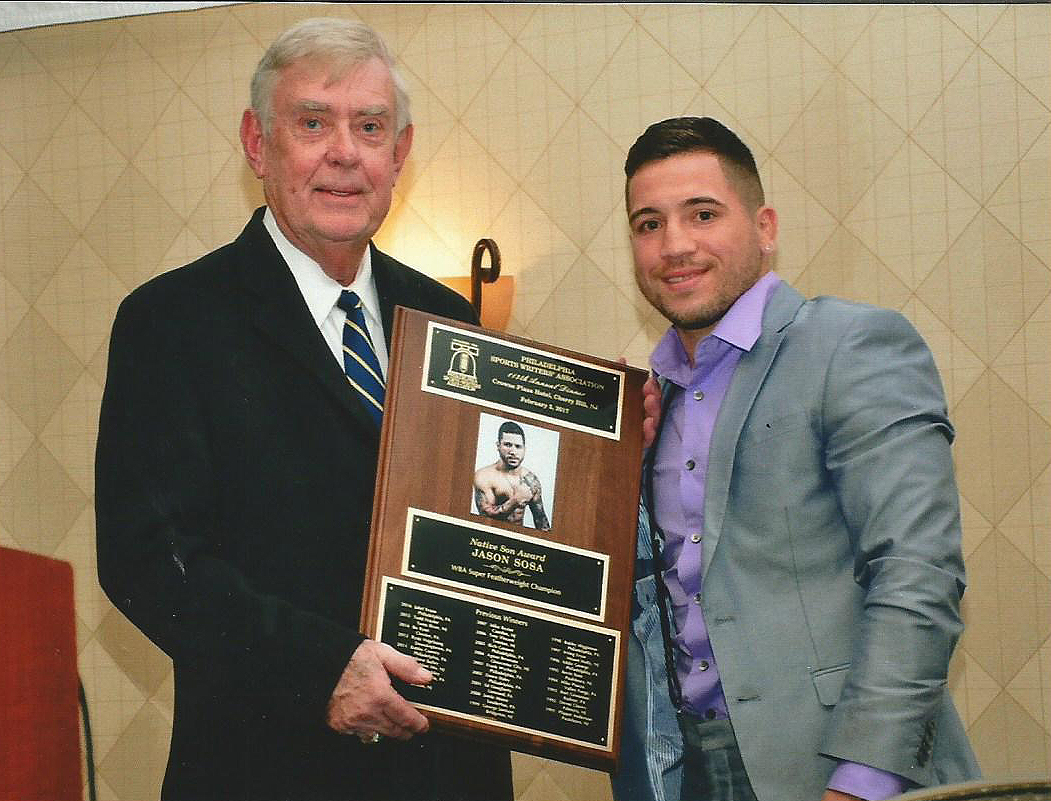 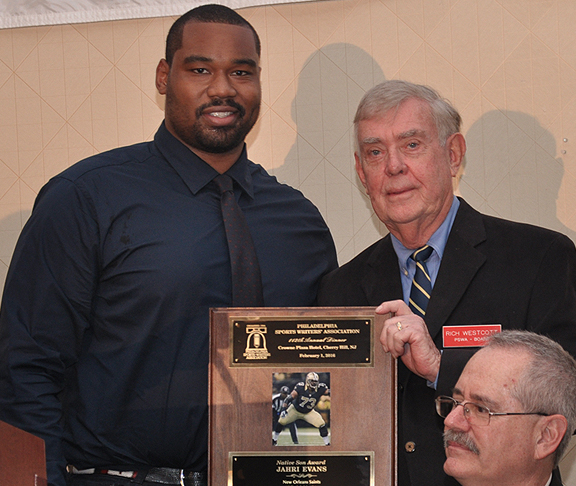 Philadelphia's Jahri Evans, star offensive lineman for the New Orleans Saints, got the Native Son Award from Rich at the PSWA's 2016 banquet. 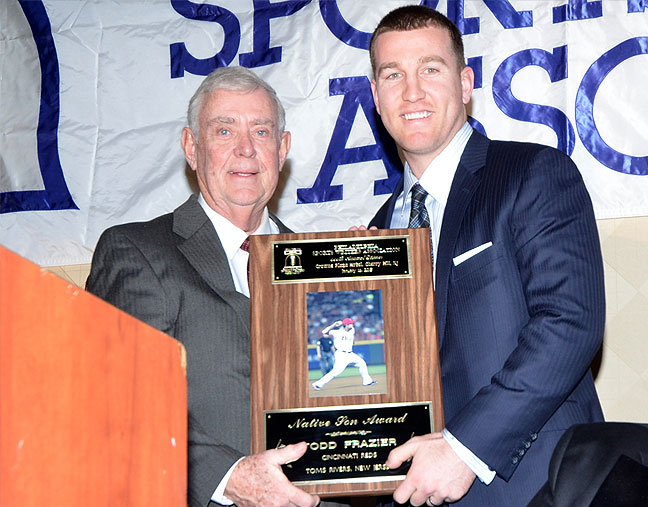 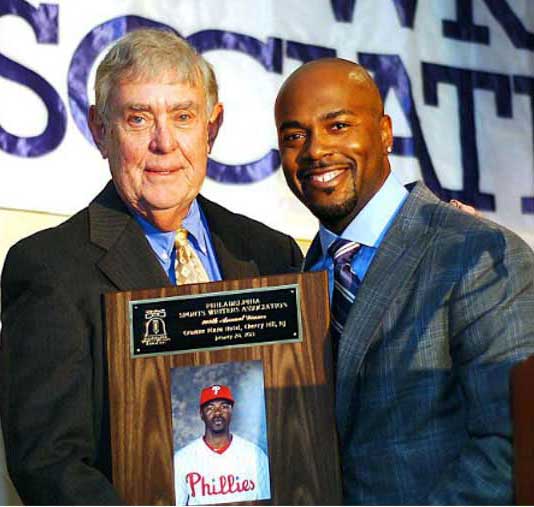 Rich Westcott, past President of the Philadelphia Sports Writers Association presents Jimmy Rollins with his Special Achievement Award at the 2013 Annual Banquet Photo by Julia Wilkenson/PSWA 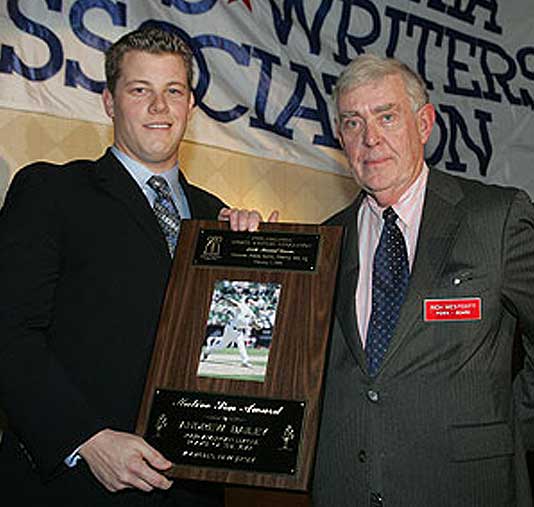 American League Rookie of the Year Andrew Bailey of the Oakland Athletics is presented with the Native Son Award by Rich at the PSWA 2010 Banquet. 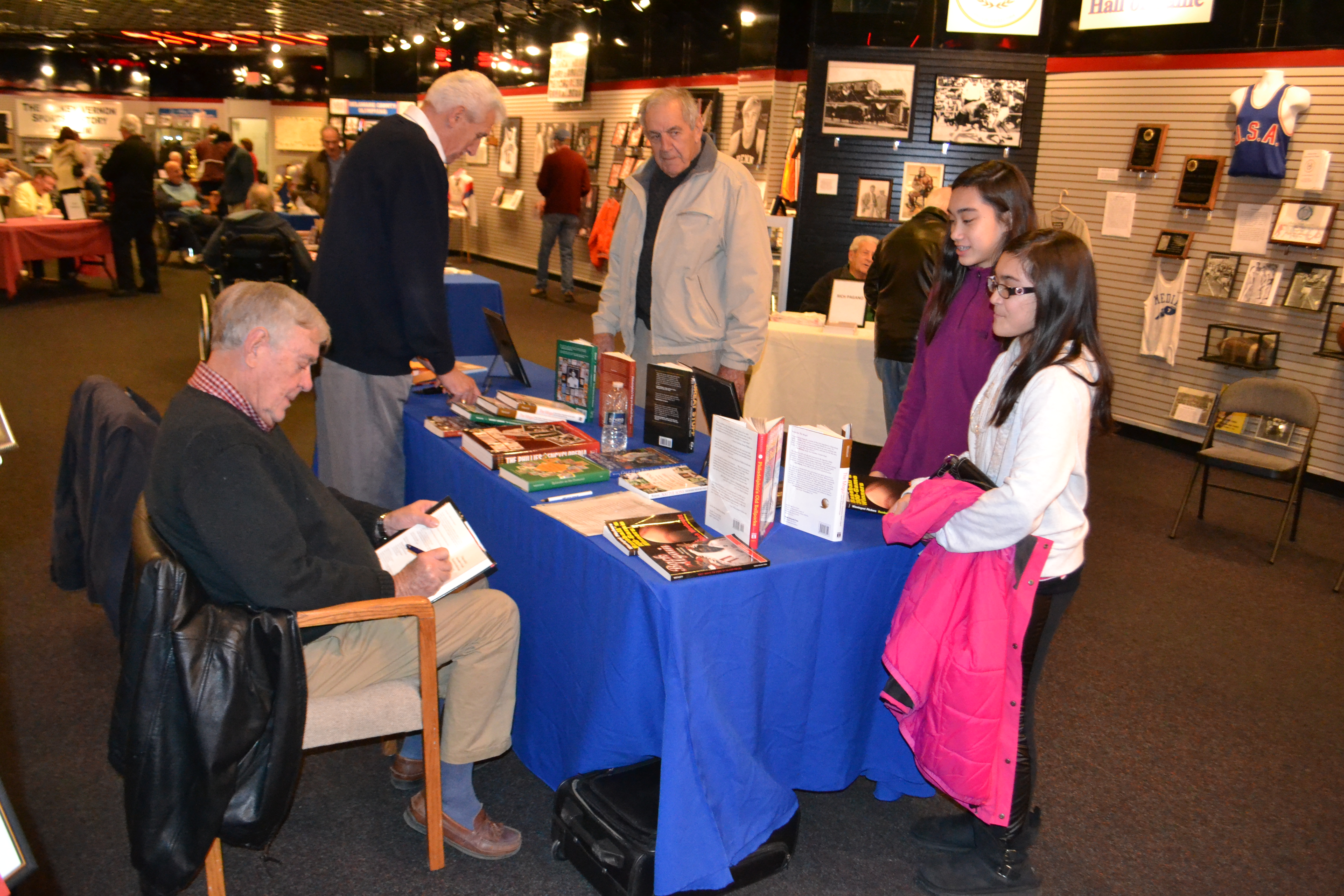 Westcott signed his books at the Mickey Vernon Museum at the Granite Run Mall. Dedications in some of his books were made to his Grand Daughters.

Darren Daulton: A favorite on on & off field

The recent passing of Darren Daulton leaves a huge hole in the annals of Philadelphia sports, the likes of which have seldom been seen. Daulton was one of those rare athletes who not only performed effectively, but was a team leader, and was also extremely popular with virtually everyone with whom he came into contact.

Fifty years ago, Dick Allen began his first full season with the Phillies, launching a career that would soon establish him as one of the premier hitters of his era.

I was there for that first game in 1964, covering the Phillies opener for the Daily Times. While he laced two hits, drove in one run and scored another in helping the Phillies capture a 5-3 victory over the New York Mets, it was not hard to see the potential stardom that this 22-year-old rookie possessed.

No matter where they are in the standings, the Phillies’ 2015 season will hold a special place in the team’s long history. That’s because this season marks the 100th anniversary of the Phillies’ first National League pennant.

This site was made with Joomla! by Westcott Designz